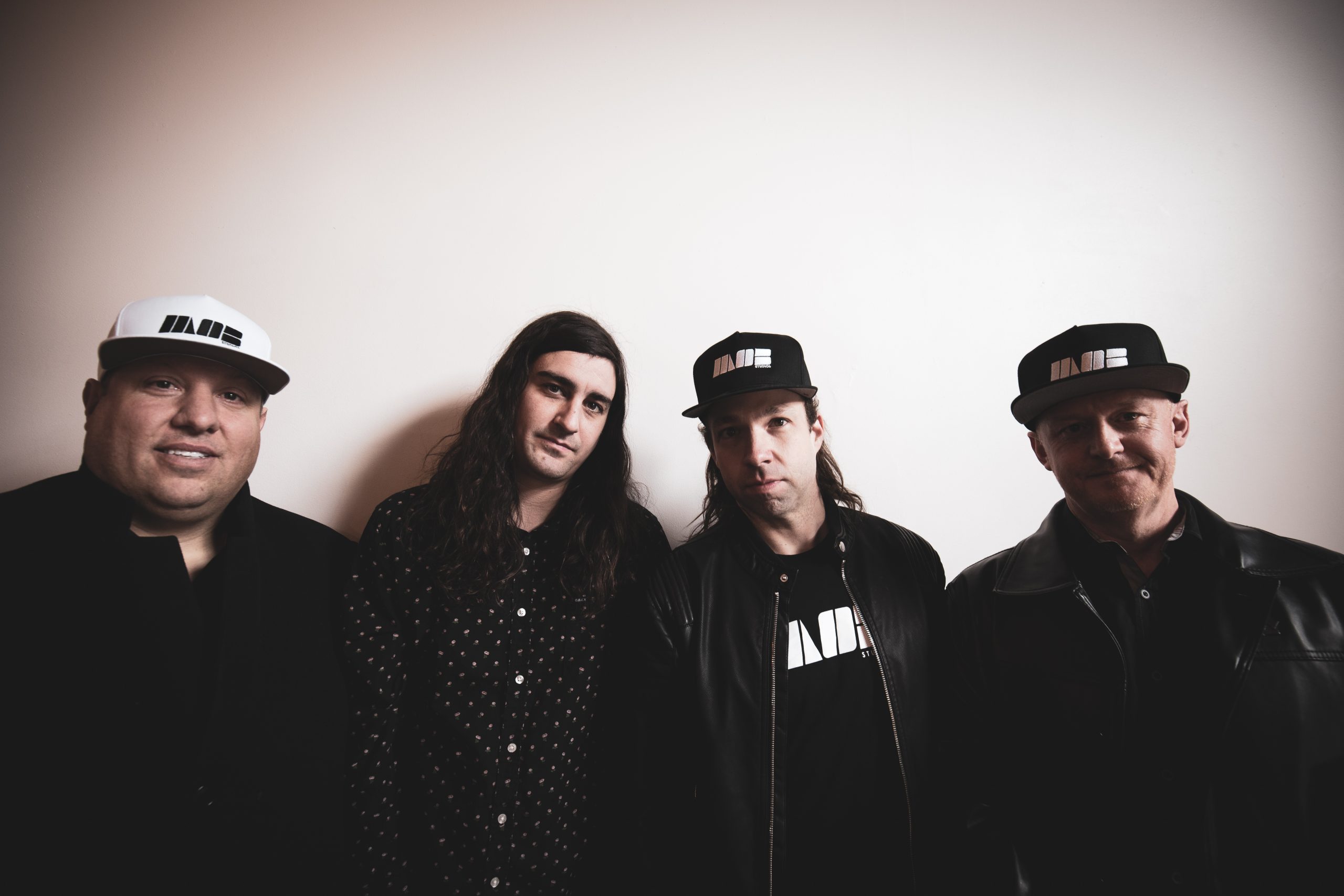 M.O.B. Studios was founded in 2008 inside of a gritty 100 year-old live/work warehouse in downtown Seattle’s SODO district. We survived off word-of-mouth “advertising” and by running sound at some of Seattle’s finest punk rock dives. We recorded mostly local independent groups such as Rat City Ruckus, The Blue Ribbon Boys, Point Three, Vice Versa, ROWAN, Karma Bomb, and Neon Nights.

In 2018, with the help of some amazing investors, we decided it was time to put on our big boy pants and transform M.O.B. Studios from a smelly punk rock crash pad into one of the baddest recording studios this city has ever seen! And one that our friends could actually afford!

To get the best bang-for-the-buck, we augmented our lifelong collection of carefully chosen mics, preamps, outboard and backline gear by scooping up broken stuff we couldn’t afford and repairing it. We built DIY gear from scratch. We used salvaged wiring and construction materials wherever possible and did much of the demolition and remodel work ourselves. When that wouldn’t cut it, our amazing investors were always willing to spring for brand new gear or hire incredibly talented professional contractors to get the job done!

We are extremely proud of the hours upon hours of hard work everyone has contributed, and the truly amazing space we’ve created as a result. Thanks again to all of our beautiful friends who helped along the way and anyone who’s ever attended a show or booked a session at MOB over the years! We love you all! Extra special thanks to Josh Menashe and Dean Dahley. None of this would’ve been possible without you guys! Now that we’re all done, let’s get started!

LET’S PUT SEATTLE MUSIC BACK ON THE MAP! 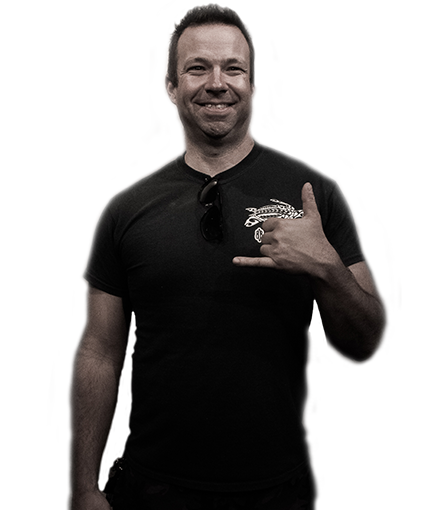 Evan has been recording music since 1996, majored in Digital Audio Production and has run sound at several local Seattle venues and for countless national touring acts. He founded MOB Studios in 2008 and is our lead engineer and chief tape operator. 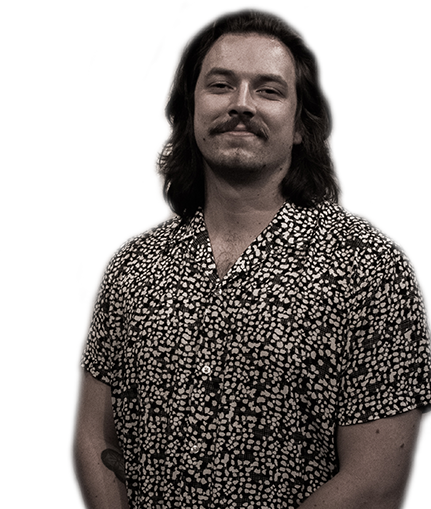 Sigfried was in diapers when his pops was obnoxiously strumming a six string and singing some Spanish variation. He now finds joy in strumming along, kickin a beat, and producing tunes. Sig met the MOB crew not long ago yet loves them like family and will write, record, and jam with em til death do them part. 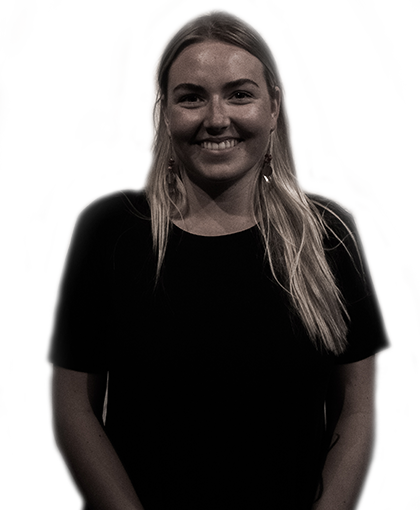 Gena is the Marketing Coordinator at M.O.B. Studios. As a journalist and digital producer, Gena has worked with several media outlets local to Seattle and beyond, both in writing and editing, digital production, communications, and social media management. You can find Gena making music with her brother Sig, running around the city and Instagraming everything she sees, or snackin’ on a charcuterie board with her mom.. 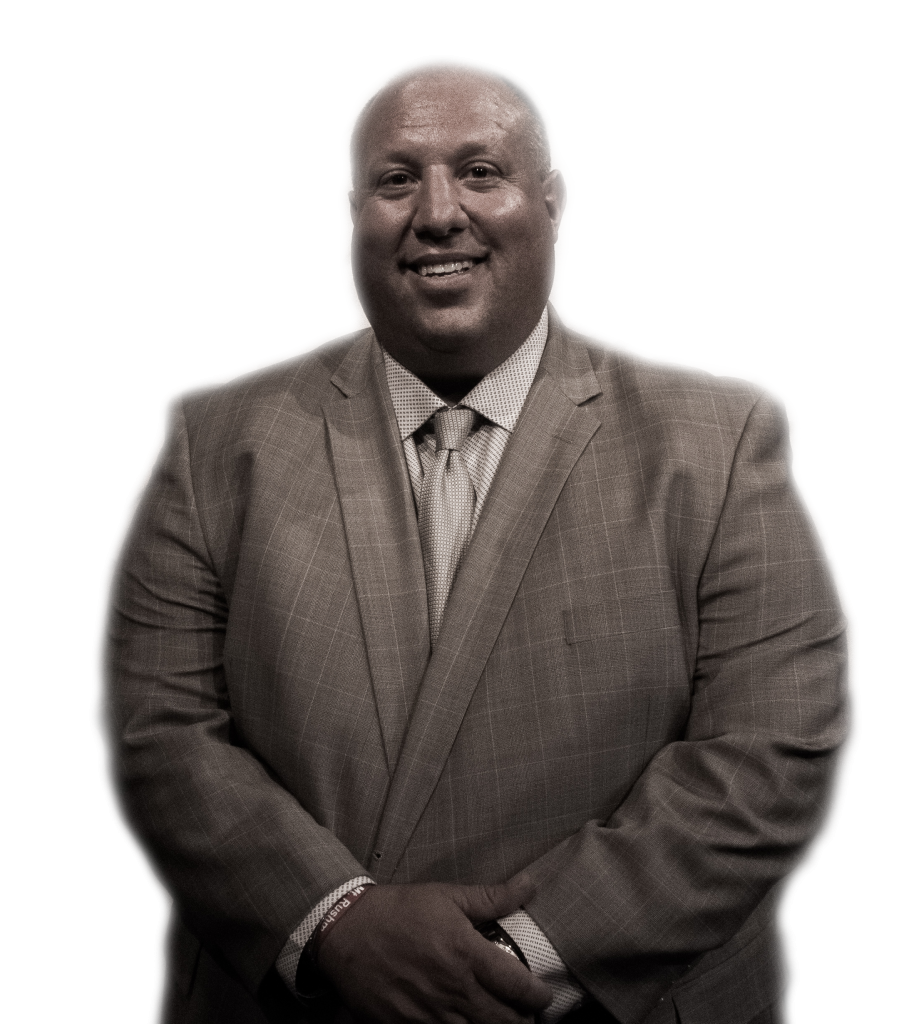 Josh is a familiar face around Seattle. He is a lifetime West Seattle resident and has been working at the neighborhood’s favorite family-owned jewelry store, Menashe & Sons Jewelers, for over 25 years. Josh and his wife have three beautiful children and love being involved in the community. That love of community is what inspired Josh to co-found MOB Studios.

James has been running sound for venues in Seattle for more than 5 years now. He offers a lot to our team between system architecture, gear, sound and video production. He currently is our video tech. and as of now has the second longest hair in the MOB. 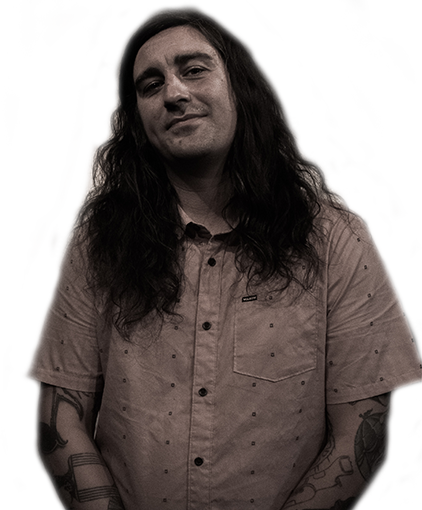 Zech is an artist and performer who has produced many Seattle bands. Check out his song “Carolina Girl” for an example of the work he does, or find him playing piano at Keys on Main or at an upcoming Seahawks game.

We’ve got a great team of talented individuals!

To help put Seattle music back on the map. The ’90s were awesome…30 years ago. What’s next? Is it you?

Go beyond the standard “recording studio” model to become a creative hub where artists, bands, and creators of all types can realize their true potential by leveraging a positive and motivated staff with a wide variety of tools in an inspirational environment.

Our Promise To You

We’ve been recording bands at our discreet SODO facility since 2008.

One of the first projects completed upon moving into our home @ 624 Lander was an 18 foot guitar wall. We had an in-house repair shop for both guitars (Ziko) and amps (Zukas), collectively known as “ZZ Shop”.

Construction of a sister studio, on the Voicer Recording Studio, began in the mid 1990’s attracting major artists from around the globe. Sadly, Hurricane Hugo devastated the island in 1989, and the studio was forced to close.

Construction of “MOB 2.0” began in January of 2018. By February, co-owner Dean Dahley had demolished two old rooms, the old kitchen, ripped up most of the flooring, and helped dispose of much of the old tras….er, I mean, treasure. Thanks Dean!  We literally couldn’t have done it without you!

Interior design brought to you by Shan™

Our main contractor installing the MOB Shandalier. Yes, that is spelled correctly. Thanks Shan!

After wiring up the power supply, we found MASSIVE problems. Nearly every capacitor tested was bad, molex connectors and IC sockets were corroded, tons of dead IC’s, blown resistors, bad switches, pots, faders, etc. etc. etc. Despite the hundreds of hours it would take to do properly, the decision was made to rescue this beautiful old console from it’s more logical fate; being parted out on eBay or junked entirely.

After lots of this…

When the going gets tough, the tough get Alden Hackmann from Condor and Bracken Creek Electronics! Thanks Alden!

TIME TO ROCK AND ROLL!!!

We couldn’t be happier with the results. THIS CONSOLE SOUNDS AMAZING!!! Warm, fuzzy, fat, smooth, silky, low-noise floor with tons of headroom! It is especially great on rock, funky R&B/soul or anything with analog vibes! If you bring the talent, it can do the Staxx, Motown, Muscle Shoals or 70’s rock thing for days!

This was our first foray into video! An interview shot on a Canon T3i with stock lenses and ISO about three stops too high. it was a valiant effort for a buncha audio guys. Oh, how did we ever get by without a built-in waveform monitor?

With our old subfloor pulled and some cosmetic touches beginning to appear, Chris Gohde starts on installation of our new flooring.

Just as we began nearing completion of MOB 2.0, we acquired several tape machines, mics, monitors, a ton of patchbays/wiring and broadband absorbers, diffusers and acoustic treatment from the old Art Institute! Time to take this remodel to the next level!

Our Sound Workshop Series 40 console before ground up restoration, mods and upgrades.

If you want to live track to all channels of a 24-track tape machine, plus mix down 24 channels completely analog, you need a minimum 24 bus, 24 channel mixing console. Not wanting to compromise on a mediocre mixing console, Evan decided to embark on a mission to completely restore and customize a 1970’s Sound Workshop Series 40 console designed by API engineers who brought you such famous circuits as the 550 EQ and 312 mic pre. Great! Should be a piece of cake, right? Right?! Yeah…

Every….single….wire. Stripped, tinned, tested, labelled, soldered with normals, retested, squeezed into the tiny little rack space of the stock patchbay, and tested again, then terminated on the opposite end, hooked up, and tested again. 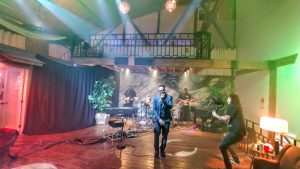 One of our first projects since officially opening as “MOB 3.0” was a music video and live recording for Dwele that looks and sounds amazing! Special thanks to his amazingly talented band of local Seattle cats! Check out our content page for a sneak peak!